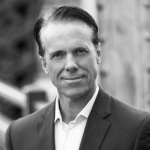 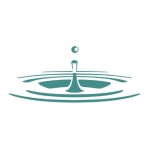 “We’re thrilled to have Sean join Petrichor Networks as our Chief
Executive Officer, primarily for his extensive knowledge of our industry
and his proven track record of leading Sales at several technology
companies, where his leadership resulted in rapid growth – culminating
in successful exits and acquisitions,” explained Mike Hayashi, Chairman
of the Board at Petrichor. “Sean has already played a key role as an
Advisor, securing a strategic investment and global partnership
expanding our reach. We heartily welcome Sean and his efforts to pave
the way to future success at Petrichor.”

A seasoned executive in the technology, broadband, and software
industries in his 30-year career, Rooney held numerous senior leadership
roles at Sony and venture capital-backed startups: Broadbus (acquired by
Motorola), BigBand Networks (NASDAQ IPO), Edgeware AB (NASDAQ-Stockholm
IPO), This Technology (acquired by Comcast), and Metrological Group.
Rooney expanded his career gaining key entrepreneurial experience as
Founder/CEO of Blossm (social networking app) and serving as an angel
investor and advisor to several companies in the blockchain software and
social networking spaces. Rooney holds a BA in Political Science from
The Ohio State University, a Master’s in International Business from the
University of South Carolina, and study abroad and executive training
programs at Oxford and Harvard universities.

“Petrichor is a rare company poised to disrupt the video operator and
programmer space with our cloud-native software solutions, and I could
not be more honored to be chosen by its founding team of proven
innovators to lead the company,” Rooney said. “The opportunity ahead for
Petrichor is vast, but to seize it, we must remain customer-focused,
innovative, move fast and continue to execute. My primary role is to
accelerate our ability to bring our disruptive and innovative software
to an increasingly competitive operator landscape.”