Nation’s largest university-run film festival to feature opening night gala screening of The Aeronauts and closing night screening of A Beautiful Day in the Neighborhood along with the prestigious Docs to Watch program, Signature screenings and more

SAVANNAH, Ga.–(BUSINESS WIRE)–The Savannah College of Art and Design (SCAD) will celebrate the 22nd SCAD Savannah Film Festival, an annual acclamation of cinematic excellence, Oct. 26 – Nov. 2. As the largest university-run film festival in the country, it honors both professional and emerging student filmmakers during an eight-day film celebration that welcomes more than 63,000 attendees from around the world each year, including major industry luminaries – directors, writers, filmmakers and actors from the big screen. 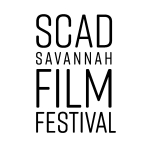 A key stop on the Oscar festival circuit, SCAD Savannah Film Festival will screen a total of 159 films, including 35 narrative films, 15 documentary films and 109 shorts, more than any year before. The festival will kick off on Saturday, Oct. 26, with the Opening Night Gala Screening of The Aeronauts, directed by Tom Harper. The festival will close on Saturday, Nov. 2 with the Closing Gala Screening of A Beautiful Day in the Neighborhood, directed by Marielle Heller.

“SCAD alumni and students alike will join in the festivities at the 22nd annual SCAD Savannah Film Festival. With so many SCAD grads living in Georgia, they don’t have far to come! SCAD is a global leader in entertainment arts, and it’s our pleasure to host the best film festival anywhere,” said SCAD President and Founder Paula Wallace.

“This year’s festival is one of our best and most exciting film line-ups we’ve put together,” said SCAD Savannah Film Festival Executive Director Christina Routhier. “We are thrilled to present eight days of premiere screenings, panels, workshops, and a one-of-a-kind Immersive VR experience to SCAD, our students, and the City of Savannah. One of the highlights of this year’s festival is our annual Wonder Women series which includes award winning and rising directors, producers, writers, and below the line artists. I am even more proud that the festival will be screening films from over 50 female filmmakers making us one of the few festivals that are celebrating the work of female artists from around the world.”

The SCAD Savannah Film Festival is known for shining a spotlight on upcoming award contenders, screening a multitude of studio films prior to their wider release. Last year, the festival screened 18 films that went on to receive 49 Academy Award nominations and 11 Oscar wins, including 2018 Best Picture winner Green Book. Sixteen films have been selected for the distinguished Gala Screening spot:

The ten films selected for the sixth annual Docs to Watch Roundtable hosted by Scott Feinberg of The Hollywood Reporter include:

The Signature Series features premiere and special screenings, from narrative to documentary films, followed by a Q&A session with the film’s actors, directors, producers, or writers. This year’s selection includes:

The SCAD Savannah Film Festival’s nod to the Halloween season, these late night feature films are selected to thrill, scare, and shock.

From feature-length films to two-minute shorts, the annual festival celebrates cinematic excellence from award-winning and emerging filmmakers. The juried competition features the best of professional, animated, and student films selected from more than 1,800 entries annually.

The Global Shorts Forum is a curated collection of international shorts from multiple genres that focus on world issues. This year’s themes include:

The Shorts Spotlight includes a collection of shorts will highlight the following themes:

The festival presents Southern Voices, a new competition category showcasing short films with Southern soul representing the authentic voices of the region. Six short films have been selected for this new series.

Currently in its third season, Shatterbox is a culture-shifting series from Refinery29 in partnership with Level Forward, that gives female storytellers a platform to create short films that redefine identity, imagination and storytelling. Since the series launch in August 2016, Shatterbox has helped create meaningful change for both filmmakers and the industry at large, developing and distributing more than 20 short films to date. In addition to providing a space for storytelling, it has served as a powerful incubator for female director talent, from Kristen Stewart to Yara Shahidi, Gillian Jacobs, and Jessica Sanders. Additionally, three Shatterbox films are currently being developed into features, including “Good Time Girls” by Courtney Hoffman, who is also slated to direct Steven Spielberg’s upcoming film, “Ruthless.” Seven shorts from the series have been selected to screen at the festival:

In anticipation of the fourth and final season of The Man in The High Castle premiering Friday, November 15 on Amazon Prime Video, we are excited to bring the world premiere of the season’s first episode along with a special panel of the series’ cast and creators.

Animation has experienced an artistic resurgence that informs and entertains across generations and across the globe. This collection includes a collection of features, shorts and panels including:

Positron works with companies such as Universal Studios, Disney, DreamWorks, Verizon, Intel, and many more to deliver cinematic VR experiences on Voyager®, an award-winning full-motion VR chair platform that has been called “the future of movies.” Voyager® delivers a completely new level of immersion by providing premium graphics, high-quality sound, and realistic haptics and scents, all in a buttery smooth, whisper-quiet chair design. Featured content will include:

From software and special effects demonstrations to discussions and panels with industry stars and insiders, knowledge sharing occurs every day of the festival. This year’s panels include:

SCAD’s preeminent School of Entertainment Arts is creating world-class, industry-ready talent that not only fills needs in Georgia, but the industry globally. More than 10,000 SCAD alumni have graduated from the schools of digital media and entertainment arts, and nearly 5,000 students are currently enrolled in majors that cover fields of animation, entertainment, motion pictures, media production, writing, editing, broadcast media and performing arts.

About the SCAD Savannah Film Festival

Celebrating its 22nd year, the festival and the competition provide SCAD students with opportunities as unique as the selected films. This year, the SCAD Savannah Film Festival received over 1,800 submissions for the competition film series. During the festival, students from every academic discipline connect with leaders from the entertainment industry through master classes, coffee talks, lectures, workshops and panel discussions. Savannah, a premier film hub in the Southeast, promotes quality movies produced by independent and studio filmmakers.

Tickets and passes are available for purchase online at savannahboxoffice.com, by telephone at 912.525.5050, or in person at the Trustees Theater, located at 216 E. Broughton St., Savannah.

SCAD: The University for Creative Careers

The Savannah College of Art and Design is a private, nonprofit, accredited university offering more than 100 academic degree programs in more than 40 majors across its locations in Atlanta and Savannah, Georgia; Hong Kong; Lacoste, France; and online via SCAD eLearning. SCAD enrolls more than 15,000 undergraduate and graduate students from more than 115 countries. The innovative SCAD curriculum is enhanced by advanced, professional-level technology, equipment, and learning resources, as well as opportunities for internships, professional certifications and collaborative projects with corporate partners.

In 2017, the prestigious Red Dot Design Rankings placed SCAD as the No. 1 university in the U.S. and in the top two universities in the Americas and Europe. In 2019, The Rookies ranked SCAD as the Best 3D Motion Graphics School for the fourth consecutive year. Career preparation is woven into every fiber of the university, resulting in a superior alumni employment rate. According to recent studies, 99 percent of 2017 and 2018 SCAD graduates were employed, pursuing further education, or both within 10 months of graduation. For more information, visit the official SCAD blog.